Where should you live in Florida? Near the beach or near the mouse?

If you didn't know, the entire state of Florida is enclosed by beaches. The west coast features white sand beaches, while the east coast has a coarser variety. Regarding the water, you won't find the California-esque waves, but warm temps keep people in the waves all year around.

Florida is not all beaches of course. Florida is home to an overwhelming number of theme parks. Orlando is the theme park capital of Florida and Mickey Mouse of Disney World Resort is the mayor.

When you're on the hunt of a new home in Florida, will you choose the beach or the park? Let us try to help you out.

Location is the number one factor of real estate and the most important thing to consider when you choose your next home, rental or investment property. When you speak to a Realtor, they will ask you for a list of “must haves” that will not only include features of a house, but aspects of the neighborhood you want to be in.

You will need to ask yourself and your family, what is most important to you? Top-rated schools, outdoor recreation, shopping and entertainment, investment value, rental potential etc?

Florida is known around the world for the beaches and theme parks. Unfortunately, there aren't many theme parks on the beaches – technically speaking.

Let's weigh both options, starting with the parks.

If you have children or are interested in renting to families who are traveling with children, the parks may seem more suitable. Children love parks because of the rides, the costumes and the overall grandeur. Fantasy becomes reality and life-long memories are created. Also, as a parent, you become a super-parent if you can pull off a successful theme park excursion.  As an investor, the rental potential near the theme parks can also be very appealing. 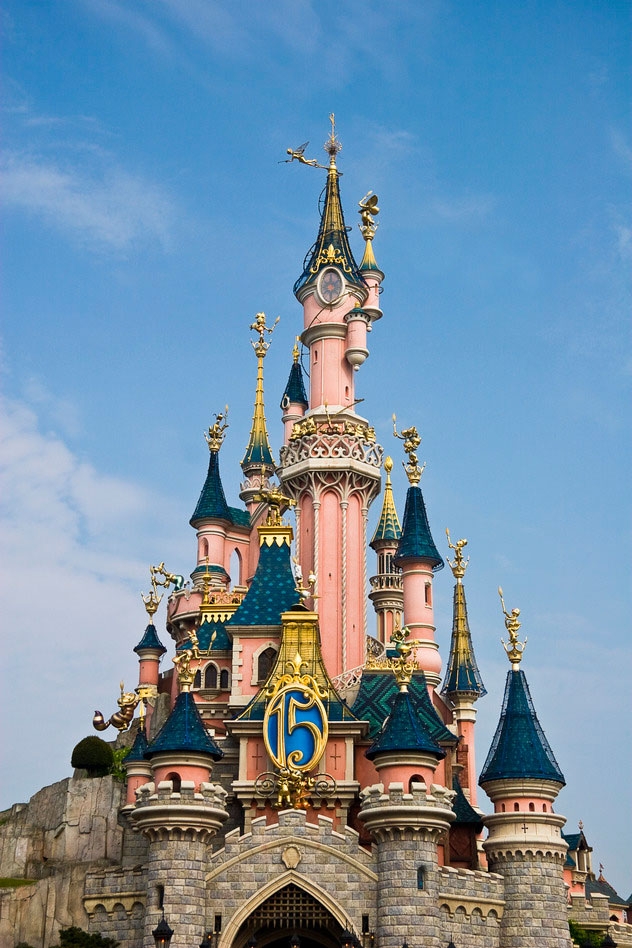 Interstate 4 (I-4) runs through the middle of downtown Orlando, but the theme parks are situated along a 15 mile stretch of the busy highway. The parks of I-4 include the usual suspects: Walt Disney World Resort, Universal Studios, Island of Adventure and Sea World. At these parks, you'll find Mickey Mouse and company, Harry Potter and Shamu. You can vacation to the resorts of I-4 for a month and cover only a fraction of the parks.

An endless amount of entertaining theme parks sounds great, but one significant sacrifice you'll make if choosing to live in the Orlando area is the beach. The closest beaches will be a roughly 60-90 minute drive to Cocoa Beach, Daytona and New Smyrna. If the reason you want to move to Florida is the beach, the sand, the little umbrellas in your frozen beverage, then you might want to consider a compromise.

But alas, The Theme Park - Industrial Complex has a solution: Discovery Cove. You can actually swim with dolphins and otters in this park. There are beaches built within the park to make you believe you are nowhere near Orlando. Of course, you must pay the ticket price.

One benefit to the Theme Park Region of Florida that doesn't receive enough credit, is the ability to escape the parks and venture into Orlando. The city is populated with “young” professionals and students. You can visit a professional basketball game, a Major League Football (soccer) game or even a hockey game.

Indeed, Orlando's motto is “The City Beautiful” for good reason. Parks and historic neighborhoods decorate the sprawling city. There is a thriving performing arts community as well. If you need to escape the parks and arts, you can easily lose yourself in the bars and clubs of late night Church and Wall Streets.

Orlando is an active and expanding area which generates a lot of jobs, but also a lot of traffic. There are major employers in Central Florida. There are also major traffic problems.

The Orlando lifestyle can appear to lack authenticity. It is fairly young, and ever changing. What you know as Orlando today will be shadowed by new theme parks, new businesses, new malls, new hotels, new neighborhoods next year.

Everything comes at a premium in Orlando. With each new construction project comes bigger expectations for the next.

The city is young at heart. It is home to The University of Central Florida, the 2nd largest university in the country (60,000 students). The university attracts students but also maintains over 10,000 jobs making it one of the largest employers of Central Florida. Orlando is not a college town, it is THE college city when school is in session. 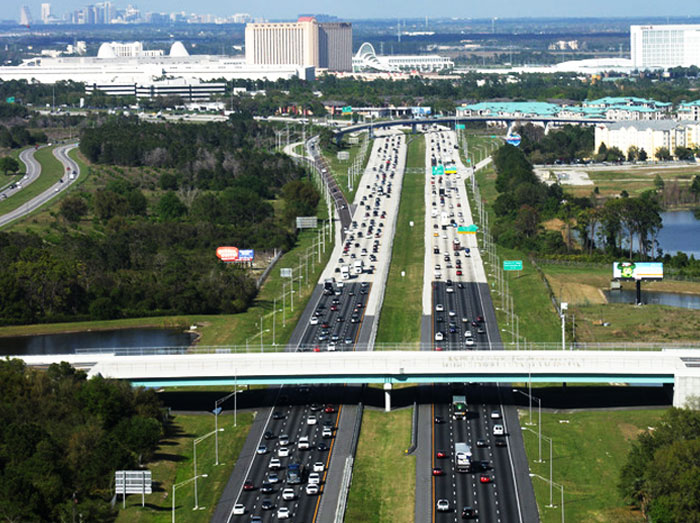 Here is the short list of pros and cons of living near the Orlando area.

The Beach – Sarasota (to Tampa)

You would be cheating yourself if you moved or invested anywhere in Florida without first visiting Sarasota. Sarasota is often recognized for the best beaches in Florida, particularly Siesta Key. The City, however, embodies much more in its creativity. Let us quickly address the beaches, then expand on the character of Sarasota.

A few important islands (also known as keys) float off the coast of Sarasota: Siesta, Longboat, Lido, Casey and Anna Maria Island. When you're walking the Village of Siesta Key or St. Armand's Circle of Lido Key, you will be experiencing the quintessential essence of a beach town. Independent shops and restaurants line the street (a higher level of sophistication on the Circle) with outdoor diners and casual strollers. It's as if the people of the keys are down right lazy when you first meet them. They are not. They are aware.

Anna Maria, Longboat, Casey, Lido and Siesta Beaches are white sand with water that moves in slow motion. The calm Gulf of Mexico and sea birds compose a euphoric soundtrack in the sun. You can spend all day on the beach, get up the next day and do it over and over again. The beaches of Sarasota are a great place to continually find yourself and relax like you are a million miles away!

Okay, you get it. What else does Sarasota and the Suncoast offer?

Since its climb out of the recession, Sarasota is back to a city of fast growth. Downtown is growing taller with condos and hotels. On the streets, new independent shops and restaurants open to meet the demand from the residents and visitors of Sarasota.

Food and drink is a theme everywhere in Sarasota. There is a very long list of excellent dining options in the city. One major benefit to living near the water is fresh seafood options. Restauranteurs take advantage of the Gulf's bounty in creative ways. You also won't be without your crafty cocktails and beers, some brewed here locally.

Sarasota, to many, is as well known for its theaters. You will find a wide variety of live performance from opera, orchestra, ballet, symphony, improv, and burlesque at local theaters to national acts at the decorative Asolo Theater or Van Wezel Performance Hall.

Also, the Suncoast is home to many popular museums including the Dali Museum in St. Petersburg and the Ringling Museum in Sarasota. Additionally, the new Sarasota Museum of Arts is underway. You can follow the renovation at the Ringling website.

You will have no trouble satisfying your yearn for culture along the shore of the Gulf of Mexico.

Like Orlando, the Suncoast is in full development mode. Downtown Sarasota is quickly becoming vertical and property values are trending the same way. The grand opening of several hotels and condominium projects is on the horizon with hopes to make Sarasota a truly, worldly destination. 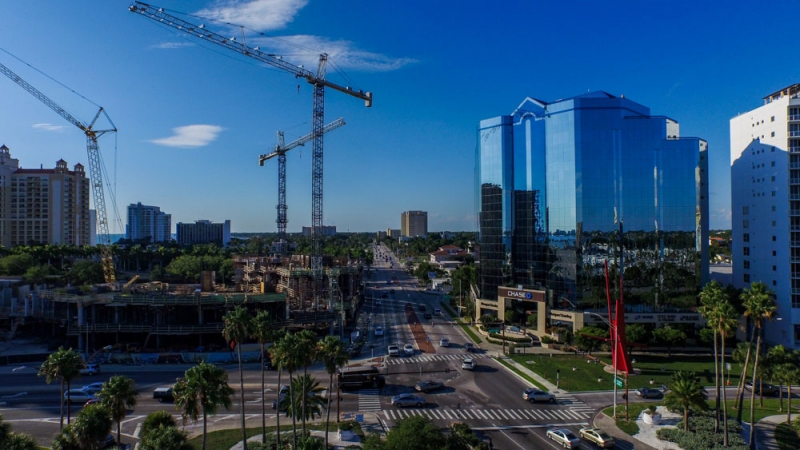 We must repeat, you would be cheating yourself if you choose any city in Florida without first visiting Sarasota.

Here is the short list of pros and cons of living in the Sarasota area.

You need to determine what your goals and objectives are in order to make a decision. We are big fans of Sarasota and Orlando. Between our two locations, Koontz & Associates is here to make sure you're prepared for your future in Florida.

If you are thinking about buying a home or business in Sarasota or Orlando, call Jo Ann Koontz. 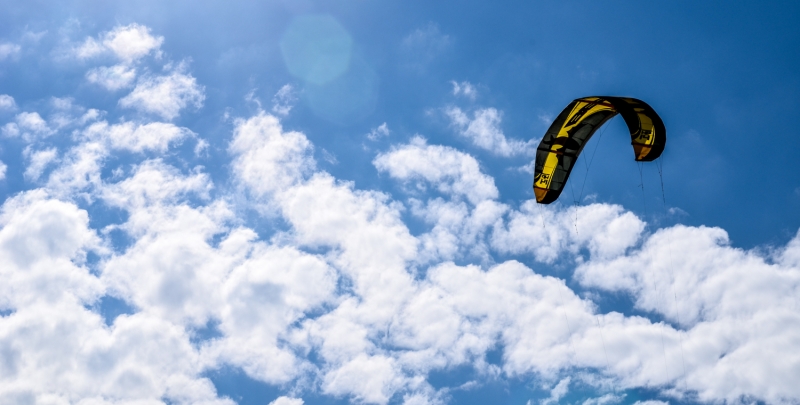