Koontz & Parkin, CPAs Get Me To Florida Koontz & Associates, PL

Short sales, principal reduction loan modifications, deeds in lieu and foreclosures all present unique tax consequences, and they vary from one person to another. Much of what we are hearing from clients, which they are hearing from others, is either not true or not true for them.

Here are my Top 10 Myths --and the corresponding truths-- in this area. With a few exceptions, the myths stem from a grain of truth. But just like the game of telephone, the fact that it began as truth doesn’t mean what you’re hearing is reliable.

Myth #1 - “I won’t owe any income tax because this is homestead property.”

This myth began with the passage of the Mortgage Debt Forgiveness Relief Act (“MDFRA”) in December 2007, which does provide some relief to those taxpayers who face debt forgiveness (which would otherwise be taxable) relating to their real estate. There are significant limits on the relief, however. Here are the requirements:

The other requirement that is often not met is the use of the debt to acquire, construct or substantially improve the principal residence. Many property owners refinanced to access cash for reasons unrelated to the property: they started a business, paid off a car loan or credit cards, or took a vacation. Any part of the funds used for those purposes remains taxable. However, if the proceeds were used to add a pool, renovate a kitchen or replace the roof, that portion of the debt forgiven will be excluded from taxable income.

Capital losses resulting from the sale of the property will not offset the income resulting from the forgiveness of debt. Also, sellers often believe they have a “loss” on their property when in fact they don’t – selling it for less than you owe isn’t the test. If your basis is less than the debt forgiven, you can actually have a gain. This often happens in the short sale situation, due to the reduction of basis (see 1c above).

The $500,000 exclusion (for married filing joint, $250,000 for single taxpayers) is a capital gain exclusion only. Income from debt forgiveness is ordinary income, not capital gain. This exclusion is only helpful if a capital gain results from the reduction in the basis of the property. But beware, (as mentioned in 1d above) the amount of the forgiven debt which is excluded from taxable income also reduces the amount of gain that can be excluded under this provision, dollar for dollar.

Before the transaction in question, the seller probably was in a low tax bracket. If the debt forgiven is large (and it’s not unusual these days to see amounts of $50,000-$150,000 and higher), this increases the seller’s taxable income by that amount. It’s like getting a big fat paycheck that you never see, and it puts many sellers into higher tax brackets than their historical rates.

Myth #5 - “I have no assets, so I’m insolvent and don’t need to worry about the tax consequences of a short sale.”

This is true as far as it goes: Section 108 of the IRC indeed provides for excluding forgiven debt from income to the extent the seller is insolvent. However, just because a seller is upside down on their property doesn’t mean they’re insolvent for this purpose. The extent of insolvency for IRS purposes is the difference between the outstanding liabilities and fair market value of the assets (this is all assets, including protected assets such as retirement accounts) owned by the Seller on the date of the short sale. It is virtually impossible to reach a conclusion on insolvency for this purpose without a detailed analysis of all of the seller’s assets and liabilities, including those unrelated to the property, as well as the basis reduction that would occur in the short sale.

The good news on this one is that, unlike the MDFRA, the insolvency exclusion applies to investors. This is an important aspect to explore for them particularly.

Myth #6 - “I heard that the IRS isn’t going after people due to the economic climate.”

Ok, this one doesn’t stem from a grain of truth; it’s just wishful thinking. The IRS is actually increasingits enforcement and collection efforts in the current economic climate. It’s primary purpose is to collect revenue; and the government needs revenue as much as anyone else these days.

Good luck with that. The 1099-C requirement is not negotiable: it’s the law. If the debt is forgiven, the tax liability has been generated. The lender must report it, and so must the property owner (even if they don’t receive a 1099-C by January 31 of the year following the short sale). Sellers can be subject to a 25% reporting penalty if they don’t report the debt forgiveness; this is not one to be taken lightly.

Myth #8- “I heard on the news that there is no tax on short sales any more.”

Myth #9 - “I’ll just let the property go into foreclosure, rather than do a short sale, to avoid the taxes.”

Establish an LLC for Your Properties

Why You Need an Attorney

Seller's Guide to Selling Your Property

Lease Purchase vs. Lease Option - A Potential Solution for Your Buyer or Seller

Know Your Rights in Deficiency Judgments

Why Close with Koontz & Associates

File as an S-Corp Quickguide 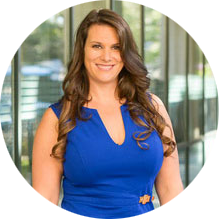